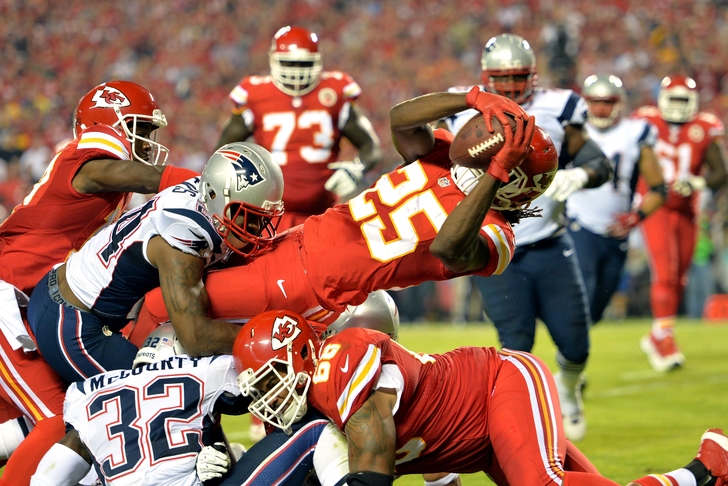 The New York Jets have one goal in the front of their minds heading into Sunday's matchup with the Kansas City Chiefs - stop electric halfback Jamaal Charles.

“It’s a big concern for us,” Jets defensive lineman Sheldon Richardson said, via Jim Hague of the Asbury Park Press. “He’s a big threat on the edge and getting into open field. We have to try to contain him, which isn’t easy. We just have to try to stop the run the best way we can and make them a one-dimensional team.”

Charles was listed as probable on the KC Chiefs' final injury report of the week. He is expected to play.

“I saw the films of him and he doesn’t look hurt to me,” Richardson said. “He’s running 100 percent to me. If he’s not 100 percent, then he’s the fastest thing I’ve ever seen. It’s real simple. We have to make it very difficult for him to get to the edge. That has been one of our points of emphasis this week.”

Regardless of the team's record, Richardson says the defense remains a proud group.

“We take pride in stopping the run,” Richardson said. “We have to make sure that (Alex) Smith is the one who will beat us with the throw."