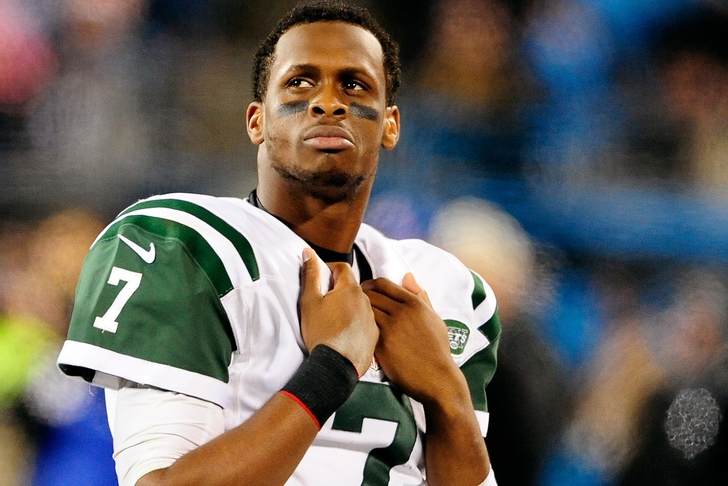 After a tough loss for the New York Jets that featured "We want Vick!" chants from the crowd at MetLife Stadium, starting quarterback Geno Smith reportedly got into a verbal spat with a fan.

As reported by Mike Florio of NBC's Pro Football Talk, "according to Rich Cimini of ESPNNewYork.com. Smith apologized for snapping at a fan after the game.  Smith said he lost his temper."

Smith added two interceptions to his turnover ledger on Sunday, leaving him with seven over the season's first four games (5 interceptions, 2 fumbles lost). That's a big reason why the New York Jets are 1-3 and potentially staring down worse days ahead.

With that being said, the calls for Michael Vick to take his place are going to get louder and louder unless he answers them with his play.