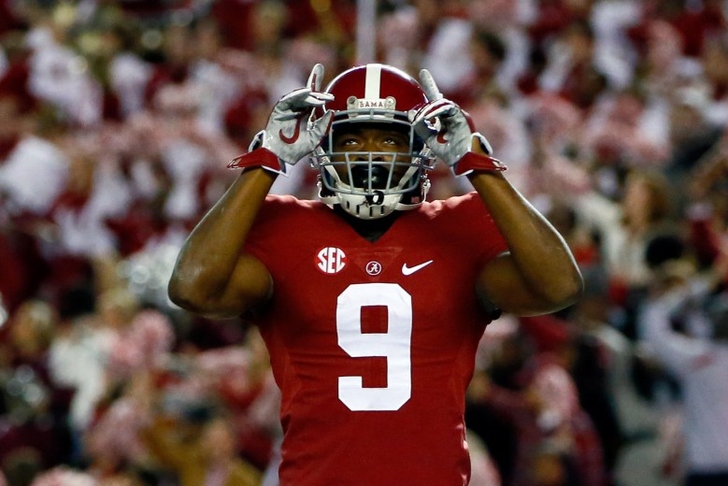 The New York Jets hold the No. 6 overall pick in the upcoming NFL Draft, and they're hosting two of the top prospects in the draft - Alabama WR Amari Cooper and Stanford OL Andrus Peat.

The Oakland Raiders have the No. 4 overall pick and are expected to take a receiver, so for the Jets to land Cooper, Oakland would have to pick West Virginia's Kevin White. That's looking like a very real possibility since White is a bigger receiver who ran a 4.35 40-yard dash at the NFL Scouting Combine last month. That would leave Cooper for the Jets, pairing him with Brandon Marshall and Eric Decker.

Peat is projected to go anywhere in the first round, all the way from a top five pick to the Carolina Panthers at No. 25. New York could trade down in the first round and possibly get Peat at a lower pick. Teams who are interested in drafting Oregon QB Marcus Mariota would like to move up in the draft, so New York would have plenty of potential trade partners.

New York also needs a pass rusher and could take one in the first round, but it's the deepest position in the draft, and it appears the Jets are focused on going in another direction with their first round pick.

Follow our New York Jets team page for all of the latest Jets news and rumors!