Jets NFL Draft Rumors: Everything You Need To Know Heading Into Draft Week 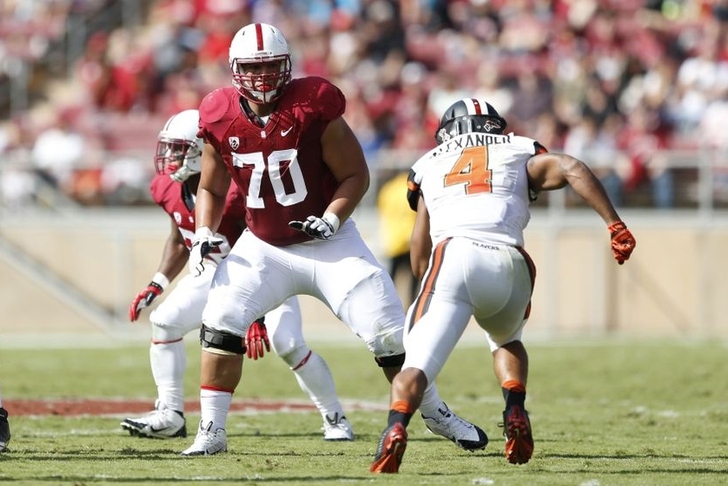 The 2015 NFL Draft is just a few days away, and there’s plenty of reason to be excited about the festivities in Chicago if you’re a New York Jets fan. Here’s our breakdown of everything Jets fans need to know heading into draft week:

The New York Jets have taken a strong liking to Stanford offensive lineman Andrus Peat, according to ProFootballTalk:

Offensive line would be a logical area for the Jets to address early in the draft. Three of their starters are at least 31 years old, and right tackle Breno Giacomini turns 30 in November. Left tackle D’Brickashaw Ferguson, who enters his 10th season as a starter, will turn 32 in December.

As the Daily News notes, Peat took a pre-draft visit to the Jets, who have six draft selections in 2015. Given their lack of picks, the Jets would seem a logical trade-down candidate.

The Jets hold the No. 6 overall pick in the draft, but GM Mike Maccagnan said the team may trade down to acquire more picks in later rounds.

“Philosophically, I like the idea of getting more picks, because more picks are more opportunities to find players,” Maccagnan said.

This doesn't mean that the Jets will definitely trade down in the first round, but it will be something to keep an eye on.