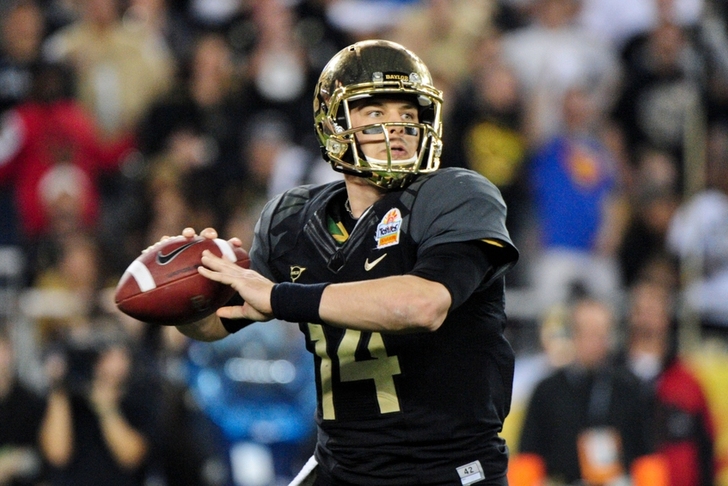 The New York Jets have made it clear that they plan to take a quarterback in the NFL Draft, and while they're looking at Jameis Winston and Marcus Mariota with the No. 6 overall pick, they're also bringing in Baylor's Bryce Petty for a pre-draft visit next week.

Petty is projected to go in the second or third round, and he has a chance to be the third quarterback picked in the draft behind Winston and Mariota. Colorado State's Garrett Grayson and UCLA's Brett Hundley are also possibilities for the Jets in the middle of the draft.

Petty has a few question marks surrounding him because of the spread offense he ran at Baylor, but in just two seasons as a starter, Petty passed for a 8,055 yards with 61 touchdowns and just 10 interceptions.