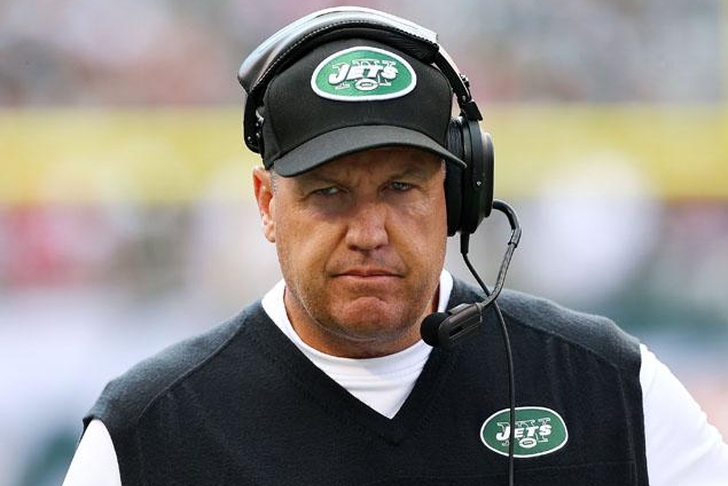 Jets owner Woody Johnson announced Sunday that the Jets will keep Rex Ryan for the last year of his contract, and rightfully so.

Despite a few disappointing seasons in New York, Rex Ryan has definitely earned the right to finish his contract with the Jets after they finished 8-8 with this particular roster.

Even though the Jets will miss the playoffs for the third straight season, this isn’t all on Rex Ryan’s shoulders. During the 2011 season, the Jets made drastic changes to their offensive scheme. Instead of focusing on the run game that helped the Jets the past two seasons they tried to become a more passing team. This change really hurt the team. An 8-8 season wasn’t enough for them to make the playoffs after making it to two consecutive AFC championship games.

The following season was the unforgettable Tim Tebow circus, which put Ryan’s job security in question after the Jets finished with a 6-10 record. Coming into this season, the Jets looked set for another disappointing season, and it looked as though Rex Ryan would most likely be let go the year’s end.

The 8-8 record in 2013 can be a little deceiving, as the Jets were much better than expected this year. They won three of their last four games, and were much more consistent on offense in that stretch.

Despite a rookie quarterback and a relatively young team, Rex Ryan was able to put the pieces together for the Jets to be in the playoff hunt for the most of the season, and they ended up finishing second in the AFC East.

The Jets, led by rookie quarterback Geno Smith, had one of the worst offenses in the league. Smith consistently put up poor passer ratings, yet the Jets still managed to get wins against teams like the Patriots, Saints, and Dolphins. Rex Ryan’s defensive strategies and leadership should get some of the credit for this.

Rex Ryan is considered a great motivator and a leader to his team. The players on the team have noted that they love playing for him, and they’ve made it clear that he inspires them to work hard for themselves. There probably aren’t many other coaches in the league that could have rallied the players the way Rex Ryan was able to.

Now Ryan isn’t perfect, and he’ll need to earn a contract extension if he wants to continue as Jets HC after next season. He still needs to find a more effective offensive strategy for next year to maximize his chances of getting an extension, and he’ll have some help from management this Spring.

The Jets will look to have a very busy offseason. They’ll be able to cut some dead weight, freeing up some cap space. There’s also the plethora of draft picks the Jets have stockpiled for the 2014 draft. They’re expected to have around 12 draft picks in 2014.

Rex Ryan will likely have a lot of new pieces to work with next season, and there should be no excuse for the Jets to miss the playoffs next season.

Holding on to Rex Ryan was a good move for the Jets. He wants to coach in New York, and the current players like having him there. He’s shown that with a good group and a solid strategy, he can make some noise. If he wants the extension, however, he’ll need to do better next year.

So now, the expectations are clear for the Jets. After doing better than expected this season and sticking with their leader, the team will be primed for a playoff run - and Rex Ryan shouldn’t disappoint. It’ll be a long and interesting offseason for Gang Green.