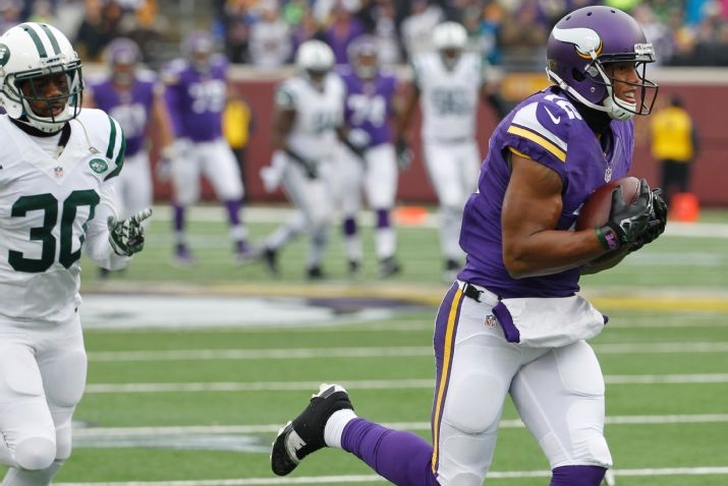 Jets quarterback Geno Smith threw a pick-six on the first play of the game to give the Vikings an early lead, and Minnesota used that early score as a catalyst for their 21-15 halftime lead. New York tied the game 21-21 in the fourth quarter, and the teams traded field goals from that point to send the game into overtime.

After the Vikings' defense stopped the Jets on the first possession of OT, quarterback Teddy Bridgewater hit Jarius Wright for an 87-yard touchdown to grab the win.

The game wasn't decided until Wright's catch, which was extremely unexpected. It was third down, and it seemed like the Jets were going to get another chance to win the game, which obviously didn't happen.

Both sides are extremely even in most categories, which you'd expect from a game that goes into overtime. However, Minnesota scored two non-offensive touchdowns, which kept them in the game despite having some offensive struggles.

Wideout Percy Harvin had his best game as a Jet in his return to Minnesota, catching six passes for 124 yards and a touchdown.

Wide receiver Charles Johnson had a huge game for the Vikings, catching four passes for 103 yards and a 56-yard touchdown. Wright also gets a mention, as he finished with four catches for 123 yards and that 87-yard touchdown.

New York will face the Titans in Tennessee next weekend, while Minnesota will travel to Detroit to face the Lions.