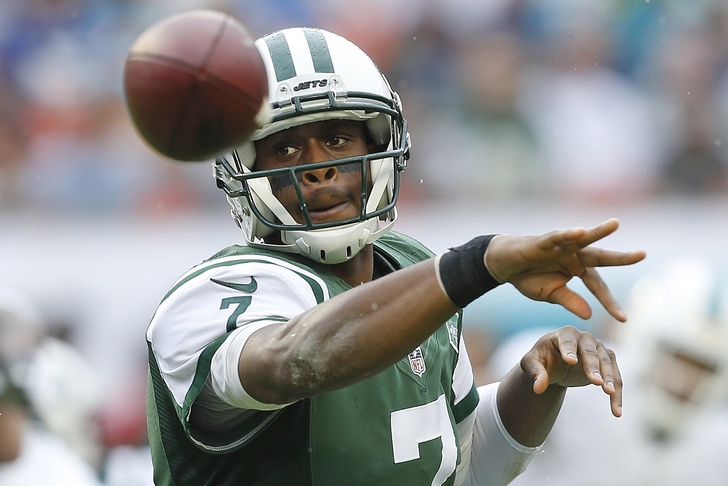 The New York Jets and Miami Dolphins engaged in an entertaining AFC East showdown on Sunday despite both teams having already been eliminated from playoff contention.

In the end, the Jets would emerge victorious in what is likely head coach Rex Ryan's last game with the franchise, downing the Dolphins 37-24 in Miami.

Geno Smith's 23-yard TD strike to TE Jeff Cumberland put the Jets ahead by two scores late in this one at 33-24, and gave Jets fans a glimpse of what Smith is capable of doing when he puts it all together.

The Jets' passing game came alive in a big way in this one, amassing 390 yards through the air compared to Miami's 208.

If this is Geno Smith's swan song as the Jets' starting quarterback, it's a heck of a way to go out. He finished 20-for-25 for 358 yards and three touchdowns (with no interceptions), looking at least for one day like the team's franchise signal caller of the future.

Also of major note? WR Eric Decker was an absolute star in this one, catching ten balls for 221 yards and a score.

Lamar Miller did his own interpretation of "Beast Mode" on Sunday, rushing 19 times for 178 yards and a touchdown.

The Jets finish the season 4-12 and will likely be searching for another head coach by the end of this coming week.

Miami finishes their campaign at 8-8, as head coach Joe Philbin heads into the offseason with his job safe and secure for now.