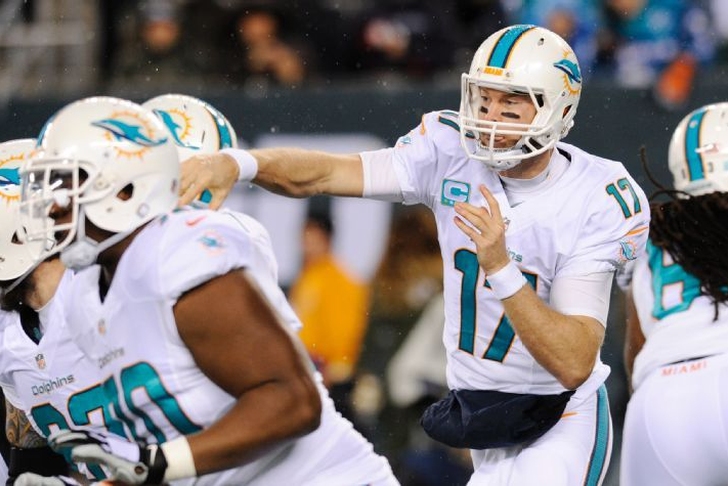 Miami and New York struggled to score in the first half, but the Jets wound up taking a 10-3 lead into the break. Both sides traded field goals in the third quarter before the Dolphins took over in the fourth, scoring 10 unanswered points to pull out the comeback victory.

The Jets missed a field goal with 5:42 left in a 13-13 game, giving Miami the ball back in good field position. They went down and took the lead on a field goal of their own, which turned out to be the game-winner.

The Jets' passing struggles really came to a head tonight, as quarterback Geno Smith only threw 13 passes on the night for 65 yards. You can't expect to win games in the NFL with terrible production from your signal caller.

Linebacker Jelani Jenkins had a HUGE game to lead the Dolphins' defense, totaling 16 tackles and two tackles for loss. Running back Lamar Miller (56 yards) also gets a mention for scoring Miami's only touchdown.

Running back Chris Johnson had his best game as a Jet, running for 105 yards on just 17 carries.

Miami will return home to host the Ravens on Sunday while New York hits the road to face the Vikings in Minnesota.