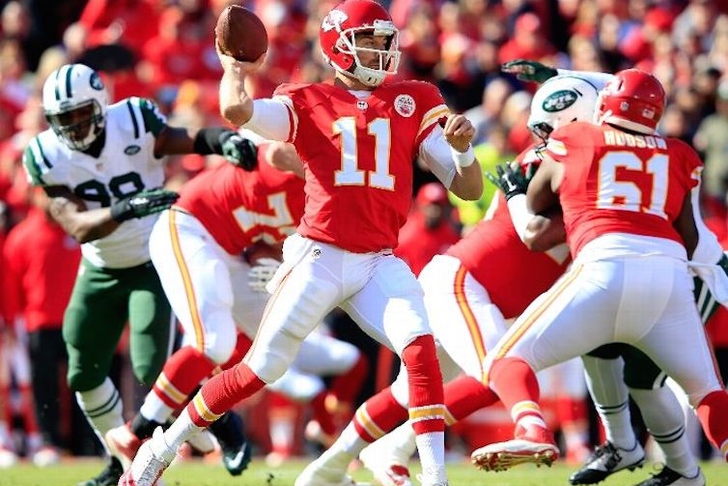 The Kansas City Chiefs jumped out to an early lead, scoring touchdowns on each of their first two drives.

New York responded with a touchdown to start the second quarter, but the Chiefs answered and took a 21-10 lead into the half.

After a scoreless 3rd quarter, quarterback Michael Vick got hurt early in the 4th quarter. He was filling in for the injured Geno Smith (who was inactive today), so third-stringer Matt Simms was forced into action for the Jets.

Vick was able to return late in the game, but New York was unable to mount any sort of a comeback as the Chiefs cruised for the easy victory.

Turning Point: New York went for it on 4th-and-goal trailing 24-10 at the start of the 4th quarter. They failed to convert and never threatened again.

Key Stat: New York was unable to maintain many drives in this game, converting only four of their 12 third down attempts.

New York MVP: The Jets offense was anemic as usual, but Vick provided somewhat of spark while filing in for the injured Geno Smith. He didn't put up great numbers, but was efficient (21/28 passing) and didn't turn the ball over.

Kansas City MVP: Quarterback Alex Smith played like his usual, efficient self today. He completed 21 of his 31 passes for 199 yards and two touchdowns without throwing an interception.

What’s Next? The Chiefs will face the Bills in Buffalo next weekend, while the Jets will continue to look for their second win of the season against the Steelers.