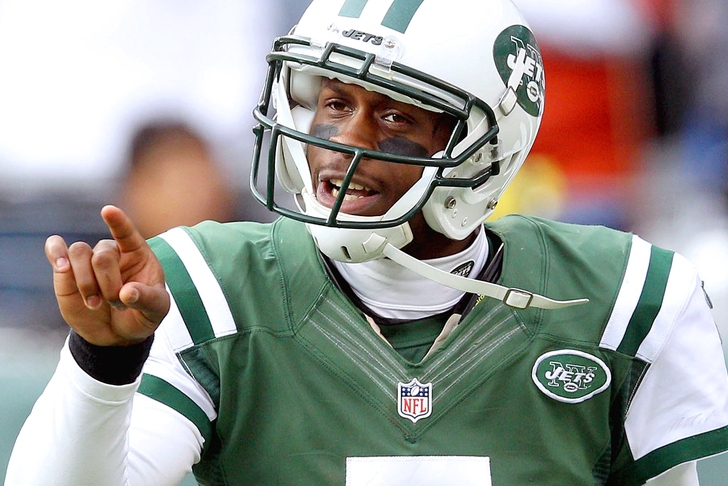 The New York Jets might make yet another quarterback change going into Week 10, with this one Add Media possibly circling back to where they started the 2014 NFL season.

According to NFL.com's Conor Orr, "NFL Media Insider Ian Rapoport reported Sunday on NFL GameDay First that the Jets could go back to second-year passer Geno Smith as early as next week against the Pittsburgh Steelers, because it's clear that Vick is not the long-term solution at quarterback, per team sources."

Smith has been benched twice this season already, but the Jets might be running out of options if Michael Vick's head injury coming out of Sunday's loss to the Chiefs proves problematic.

With Geno Smith sidelined for Week 9 with a shoulder injury, third-stringer Matt Simms was forced into duty when Vick was knocked out of the game. However, Vick returned to finish out the Jets' 10-point loss.

Sitting at 1-8 and just a half game ahead of the Oakland Raiders for the worst record in football, New York might turn to Smith with playoff hopes all but mathematically dashed.