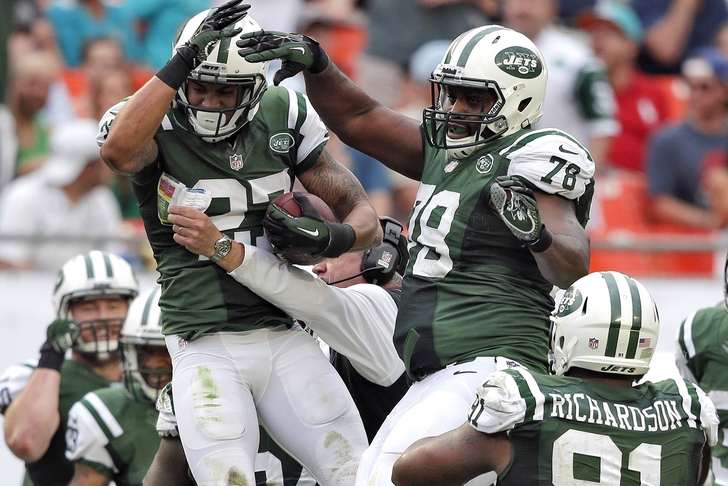 With the draft in the books, the Jets now shift their attention to the offseason. The Jets didn’t address their biggest needs in the draft, and in order to improve drastically next season, they’ll need to make some noise this summer.

Eric Decker is an improvement and should help the Jets tremendously. However, the team needs more options. Regardless of who’s throwing the ball, there needs to be a core group of receivers the Jets can rely on from game to game. They don’t necessarily need one superstar (and they’re very unlikely to get one), but adding some additional pieces would be the right first step for the Jets.

With the addition of Michael Vick, the media and fans have created a quarterback battle that’s going to take place during the summer workouts and training camp. While Vick is downplaying this battle, it’s imperative that it happens - not to unhinge the chemistry between Vick and second year QB Geno Smith, but to create some healthy competitive between the two players. It will make the position more valuable when the winner gets it, and hopefully make the winner work harder and fight more to keep the position.

3. Beef up the Secondary

The Jets used their first pick in the draft to take Louisville safety Calvin Pryor and then drafted two more cornerbacks in the following rounds, but they still need help defending against teams with strong passing games. The Jets’ secondary was one of their weakest areas last season, ranking 22nd in passing defense. Pryor is a nice addition, but he won’t single-handedly bring the defense to where it needs to be. Looking at the free agent pool, there are a few options available in guys like Terrell Thomas, Asante Samuel, and Jabari Greer. While the latter two are over 30, they can definitely be an asset to the Jets and their young players, including second-year CB Dee Milliner.

The Rex Ryan circus has been in full bloom over the past few seasons, but this offseason is a chance for the players to put all of that aside and stand behind their coach. Rex Ryan not only has an extended contract that goes through 2016, he no longer has Mark Sanchez around – their relationship was the cause for a lot of the controversy and criticism the team faced over the last few years. With Sanchez out of the picture and with a new deal in place, Ryan can focus solely on his new crop of players, and those players should be excited to follow his lead.

5. Make Moves With the Playoffs In Mind

Whatever moves the Jets make this summer, the constant thought in the back of their minds should be the postseason. There should be no more building for the future, securing high draft picks, or clearing up cap space. The goal is no longer in the future for the Jets - it should be right now. There’s no doubt that it’s important to keep the team well-managed financially and keep valuable draft picks, but not to the point of rebuilding. The Jets had that phase, and now that it’s over, the focus should be on winning games and making it to the playoffs.