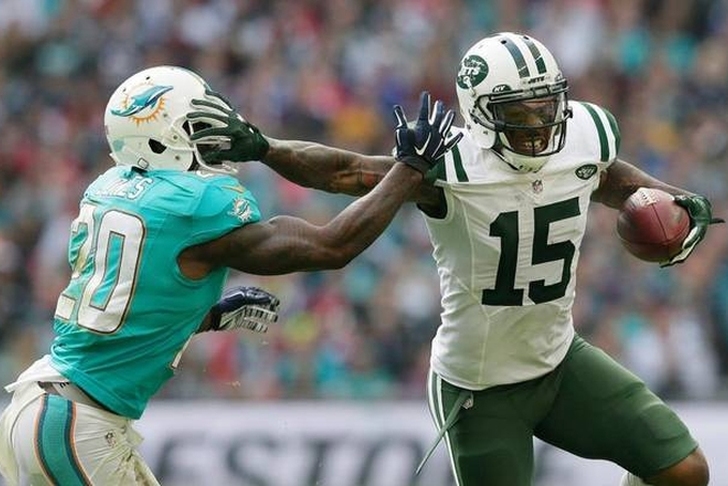 The New York Jets are 3-1, with wins over the Cleveland Browns, Indianapolis Colts and Miami Dolphins. Their only loss came against the Philadelphia Eagles, when the Jets didn't have RB Chris Ivory and WR Eric Decker. Those wins aren't flukes either; this Jets team is a serious threat in the AFC. Here are four reasons why the Jets are legitimate Super Bowl Contenders.

Ryan Fitzpatrick isn't the best QB in the NFL. However, excluding a rough game against the Eagles, Fitzpatrick has played well. He's thrown seven TD passes and is completing over 60 percent of his passes. The Jets have enough talent elsewhere to make a deep playoff run with Fitzpatrick at QB, provided he doesn't turn the ball over.

With Fitzpatrick at QB, the Jets need their wide receivers to make plays. So far, the WRs have obliged. Brandon Marshall has had a big season, catching 300 passes for 400 yards and three scores. Decker has 180 yards and 3 TDs, despite missing a game. Devin Smith only has five catches, but he has the speed to stretch the defense. The Jets are a run-first team, but they have enough weapons to have success when they do pass it.

Bilal Powell and Ivory have formed an impressive 1-2 punch for the Jets. Ivory has 63 carries for 314 yards and three touchdowns in three games. Powell has 34 carries for 131 yards and has added 14 catches for 88 yards through the air. The Jets can control the clock with their running game, making life easier on Fitzpatrick and the defense.

The Jets' defense looks like one of the best in the NFL. The Jets rank inside or near the Top 5 in nearly every major defensive stat. The defensive line is loaded and the Jets should get Sheldon Richardson back soon. The secondary has been strong so far, forcing turnovers. Defense wins championships and the Jets have a championship caliber defense.