3 Reasons Why The Jets Will BLOW OUT The Jaguars 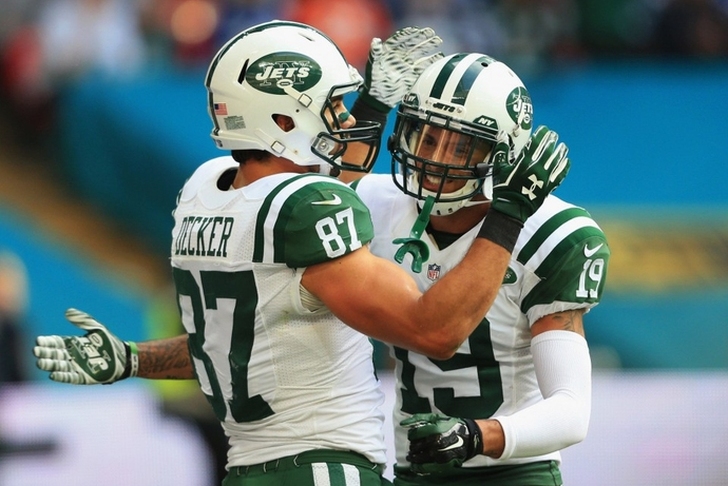 The New York Jets have lost two straight games and are now 4-3. However, their next contest is at home against the 2-5 Jacksonville Jaguars. The Jets should have no issues snapping their current losing streak this weekend. Here are three reasons why the Jets will BLOW OUT the Jaguars.

Fitzpatrick is clearly the superior QB to Geno Smith and the Jets are much better with him at QB. He may not be 100 percent, but the offense is better off with him under center than Smith. Opposing teams don't respect Smith like they do Fitzpatrick. He doesn't have to have an incredible game, and he probably won't, but the Jets won't lose to the Jacksonville with Fitzpatrick playing.

The Jets run defense didn't have the best game against the Oakland Raiders, but the Jets are still No. 1 in the NFL at stopping the run. T.J. Yeldon is going to have a rough day, especially with the Jaguars' offensive line struggling. That will force the Jaguars to throw it, and Blake Bortles isn't developed to the point where he can single-handedly beat teams like the Jets. With a one-dimensional offense, the Jags will come up well short against the Jets.

This is a great matchup for the Jets. They've allowed just seven sacks this season, while the Jaguars have recorded 16. That's the best pass protecting offensive line going up against a league average pass rush. The Jets also have a Top 10 ground game, while the Jaguars are, again, around the league average. The Jets should have strong day on offense against the Jaguars. Expect Chris Ivory to rush for more than 100 yards and guide the Jets to an easy win.