3 Reasons Why The Jets Are GUARANTEED To Beat The Redskins 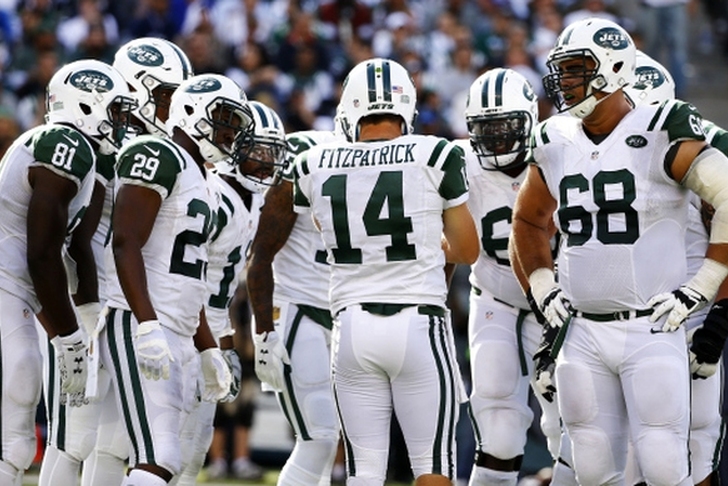 The New York Jets are 3-1 coming off their bye week, and will look to continue their hot start on Sunday against the Washington Redskins. Here are three seasons why they're guaranteed to beat Washington:

With Ryan Fitzpatrick at QB, the Jets need their wide receivers to make plays - and so far, the WRs have obliged. Brandon Marshall has had a big season, catching 30 passes for 400 yards and three scores while Eric Decker has racked up 180 yards and three more TDs, despite missing a game. The Jets are a run-first team, but they have enough weapons to have success when they do pass it.

Bilal Powell and Chris Ivory have formed an impressive 1-2 punch for the Jets. Ivory has 63 carries for 314 yards and three touchdowns in four games. Powell has 34 carries for 131 yards and has added 14 catches for 88 yards through the air. The Jets can control the clock with their running game, making life easier on Fitzpatrick and the defense.

The Jets' defense looks like one of the best in the NFL as they rank inside or near the Top 5 in nearly every major defensive stat. The defensive line is loaded, and the Jets should get Sheldon Richardson back soon. The secondary has been strong so far, forcing the most turnovers per game in the league - and they should be able to get a few more off of Kirk Cousins, who has thrown six interceptions this year.