3 Reasons Why The Jets Are GUARANTEED To Beat The Patriots 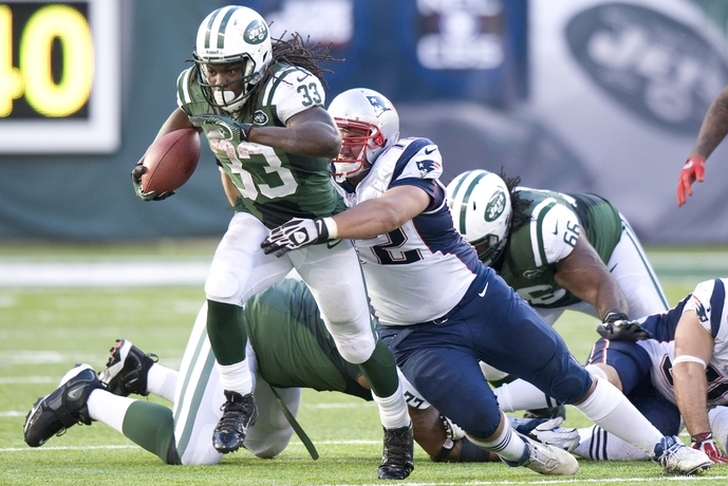 There are very few guarantees in the game of football, but when it comes to the New York Jets' AFC East clash with the New England Patriots this week, we've found an exception to the rule. Here's 3 Reasons Why The Vikings Are GUARANTEED To Beat The Lions.

The Patriots have not faced a passing defense ranked higher than 17th in the NFL this year. New York is #2 in the league with 186.6 yards allowed per game and #1 in total defense with 269.2 yards surrendered per game. If any defense can smother the Pats' attack, it's the Jets.

Who has the #1 rushing offense in the NFL? Why, that would be the Jets of course. Chris Ivory has been a revelation as the team's lead back, and he should have plenty of room to do his thing on Sunday against a spotty Pats run D which is giving up 114.2 yards per game (22nd).

''Winning this game is not going to make us,'' head coach Todd Bowles said of Sunday's matchup. ''Losing this game is not going to break us.'' Bowles operates on an even keel and he's not about to pump up this Patriots game with the same bluster that Rex Ryan used to. This team needs a steady hand to keep it on course and on target no matter who the opponent is. This game won't be too big for this group -- not with Bowles at the controls.