3 Reasons Why The Jets Are GUARANTEED To Beat The Eagles 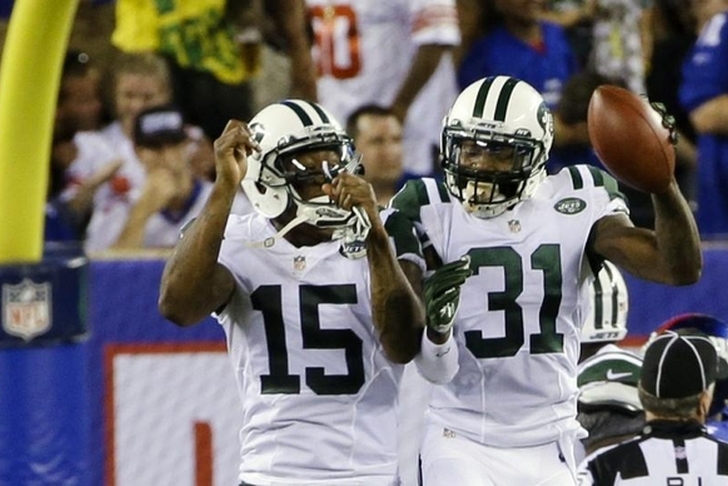 The New York Jets are undefeated, while the Philadelphia Eagles are winless. Not many experts predicted that at the start of the season. It's a not a fluke either; this Eagles team has serious issues and the Jets are legit. Here are three reasons why the Jets are guaranteed to beat the Eagles this week.

So far, the Eagles offense has been atrocious. Aside from garbage time yards and points in the first two weeks, the Eagles have had nothing on offense. They can't run the ball at all and rank dead last with a woeful 35 yards per game on the ground. QB Sam Bradford has thrown twice as many picks as he has touchdowns. The Eagles need to drastically improve on offense and that likely won't happen this week because....

The Jets Have A Great Defense

The Jets defense has been incredible so far this season. They shut down the Browns and held the Colts offense to a meager seven points. They've forced 10 turnovers this year and have the makings of an elite defense. If the Jets can shut down the Colts, they can (and will) stop the Eagles.

Many wrote off the Jets' offense at the start of the season, but they've looked good so far. Chris Ivory and Bilal Powell lead a ground attack that ranks 10th in the NFL in yards. Ryan Fitzpatrick has managed games well this season, while Eric Decker and Brandon Marshall have put up numbers. The offense hasn't been all-world, but with a great defense, it doesn't need to be. If the Jets continue to control the clock and limit turnovers like they have thus far, they'll have no issues beating the Eagles.