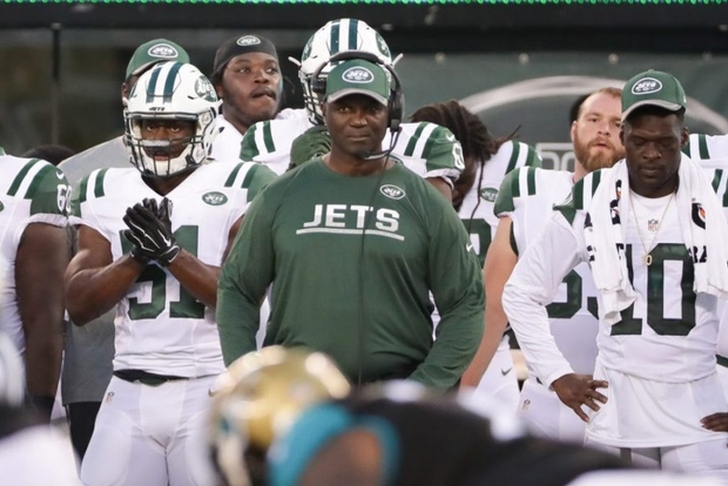 The New York Jets had a better than expected season in 2017, going 5-11 after starting the season 3-2. With the No. 6 overall pick, the Jets should be able to land an impact player early in the draft, but they have a number of needs they must address in order to improve and compete for a playoff berth in the near future. As such, here are New York's three biggest needs in the draft:

1) Quarterback
Until the Jets find a quarterback, this team will not win games. Josh McCown played great this season, but couldn't stay healthy to finish the season. Bryce Petty and Christian Hackenberg aren't the answer for the Jets going forward, either. Look for them to use the No. 6 overall pick to take a quarterback (if they don't trade up), and both Wyoming's Josh Allen and Oklahoma's Baker Mayfield figure to be available there.

2) Offensive line
The Jets obviously need a quarterback, but they also need to protect him. If there's no quarterback they like at No. 6, they could try to find a franchise left tackle. Either way, expect them to address this need with at least two picks in the first three or four rounds.

3) Defensive end
With Muhammad Wilkerson likely gone, New York needs to find an edge rusher to compliment Leonard Williams and Steve McLendon on the outside. Considering the struggles they're expected to have on offense with a young quarterback, the Jets need to have a dominant defense that can get after the quarterback if they have any chance of dethroning the Patriots. Investing an early pick in a defensive end will go a long way in that.