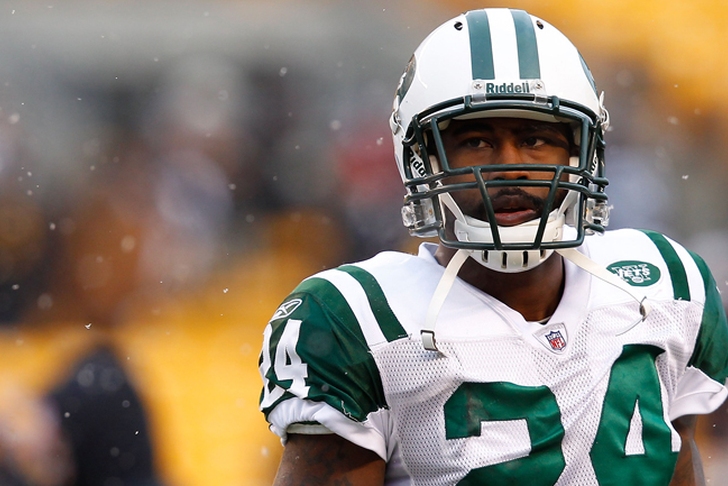 There are important NFL players and then there are the players who shoulder the fate of their teams based on day-in, day-out performance during the season. These are the latter. Here are the 3 Players Who Will Make Or Break The New York Jets' 2015 Season.

The New York Jets' offensive line was one or two steps away from a complete dumpster fire in 2014, leaving both the Geno Smith/Michael Vick pairing and the team's running backs out to dry on numerous occasions due to missed assignments and overall poor blocking. Carpenter was brought in from Seattle along with NY Giants transplant James Brewer to lead the O-line out of the wilderness and give the offense time to breathe and develop plays.

Revis is back for a reason -- to give the Jets an unquestioned #1 lockdown corner who turns other teams' best vertical threats into frustrated messes who can't seem to get open. Revis eliminates the need for double teams by stranding said threats on Revis Island, allowing the rest of the secondary to settle into other assignments and increase the effectiveness (and space covered) by the unit. If Darrelle has another top-of-his-game season in 2015, the Jets defense will be in fantastic shape.

Smith is penciled in as the team's starting quarterback going forward, which means there's plenty of groans to go around in the world of Jets fandom. This could very well be the end of the road for Geno in New York, which hopefully means that he'll come in with a passion and zeroed-in focus that we've only seen in fleeting glimpses with him. You can plug whoever ends up starting at QB for good into this spot going forward, but right now the spotlight is shining brightly on Smith.