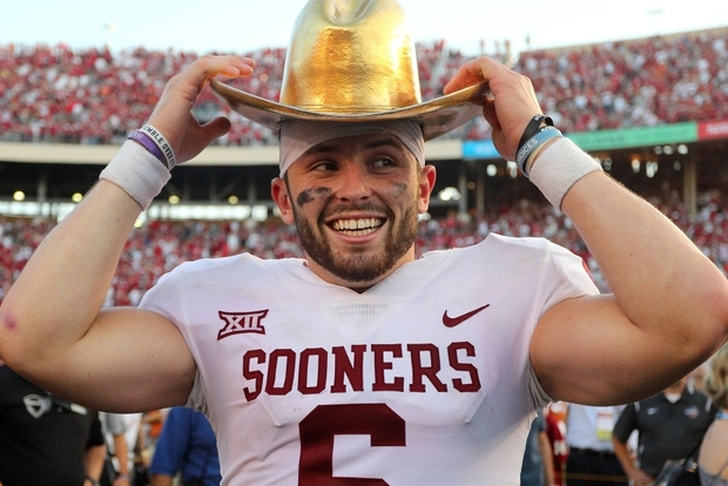 The Jets rumors have been full steam ahead this offseason with free agency targets, NFL Draft debate, and of course who will play quarterback in 2018. The New York Jets finished the year 5-11, which is much better than originally expected. Will the Jets surprise the NFL again in 2018 by making the playoffs for the first time since 2010. Here are three moves the Jets need to make to advance to the playoffs in 2018.

1.) Draft Oklahoma QB Baker Mayfield
Until the Jets find a quarterback, this team will not win games. Josh McCown played great this season, but couldn't stay healthy to finish the season. Bryce Petty and Christian Hackenberg aren't the answer for the Jets going forward, so why not draft the Heisman trophy winner? Baker can handle the spotlight in New York because he thrives in big moments and loves the spotlight. Baker the last three seasons combined has 117 passing touchdowns and 20 interceptions.

2.) Find An Elite Pass Rusher
The Jets struggled this season getting after the quarterback with only 26 sacks. The Jets need to have a dominant defense that can get after the quarterback if they have any chance of dethroning the Patriots. If the Jets are unable to bring in any stud rushers, perhaps they get lucky and find a stud in the 2018 NFL Draft.

3.) Sign A Top Cornerback
There are some big-name corners on the market right now that the Jets could bring to New York. Signing a player like Trumaine Johnson, Malcolm Butler, or Richard Sherman would be a huge boost to New York's defense. The Jets have money to spend with plenty of cap room, which means they should be able to sign at least one big name corner. The Jets struggled to force turnovers in the secondary last season with only 11 interceptions, so signing a lockdown corner would be critical for their success.