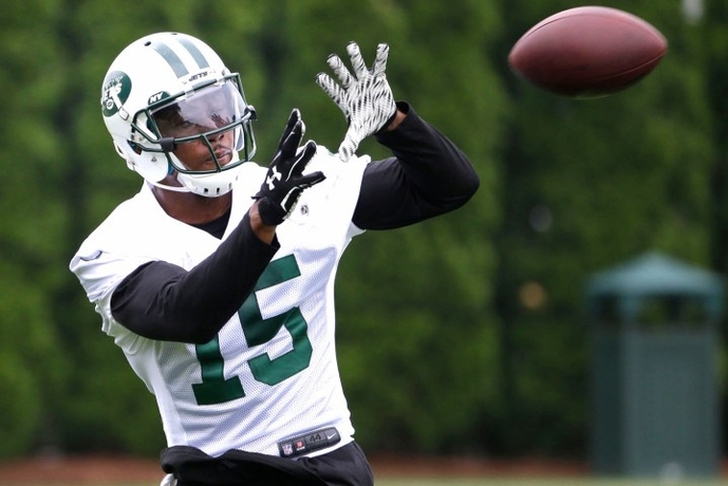 A lot of people have written Brandon Marshall off this season after going from the Chicago Bears to the New York Jets. Obviously the quarterback play significantly drops off from Jay Cutler to Ryan Fitzpatrick, however one thing remains true. This is still Brandon Marshall. A guy who's had seven consecutive 1,000 yard seasons and 100-plus receptions in five of those seasons. Will his production drop this season? Sure, but will it be just as bad as last season? No way!

Marshall was hampered by injuries all last season but is now healthy. He has always had some of the strongest hands in the league and uses his big body very well to shield off the smaller cornerbacks. Marshall finished as the sixth best receiver in 2013 and the second best in 2012. A target monster, Marshall should once again be that in New York.

Fitzpatrick is a Harvard graduate and will know that his smartest play is to target Marshall early and often every game. Opposite of Eric Decker, Marshall will look to get back over the 1,000 yard mark again this season. Something that he should be able to do. The one thing that could diminish is his touchdown number but a repeat of last year's eight isn't completely out of question. Marshall really has the chance for his season to go exteme one way or the other, as shown below.

Marshall demands the respect from his peers in the NFL and this video shows that he gets it...