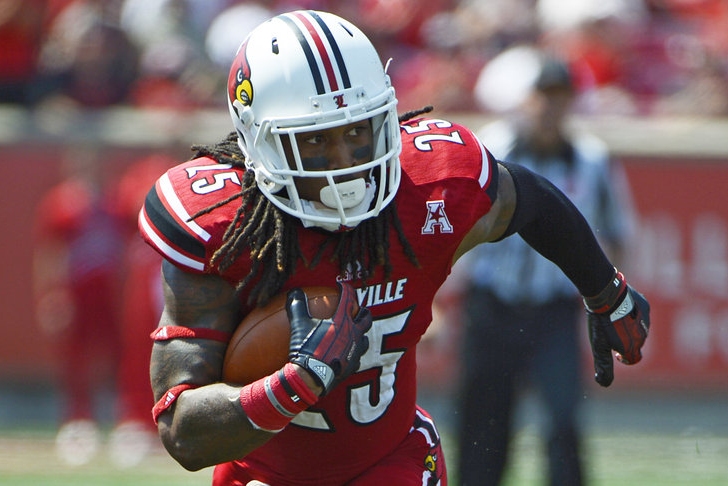 With the 18th overall pick in the 2014 NFL Draft, the New York Jets have selected free safety Calvin Pryor out of Louisville.

Pryor played at safety and at running back in Florida prep school, transforming into an extremely durable free safety in his three years at Louisville. Pryor missed the only game of his collegiate career in November of 2013 due to a suspension for an unspecified team rule – yet still amassed 75 tackles, five passes defensed, and three interceptions in 12 games. He lifted 225 pounds 18 times at the Combine, landing near the top of the leaderboard for safeties in that event.

Pryor has natural confidence which causes him to play bigger and more viciously than most. He hits with all of his velocity and force, and has the ability to knock skill players out of their game and out of the game with clean, high-speed tackling. His instincts both pre-snap and post-snap are top-notch, and knows his role very well in both man-to-man and zone coverage.

Check out Pryor's highlight video for a closer look into what he brings to the Jets:

For all the latest New York Jets draft news, check out our Jets draft page.