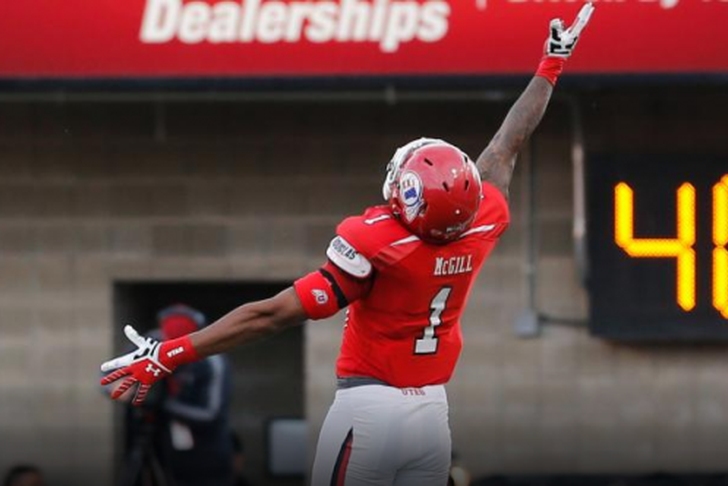 If the Jets focus on offensive options in the first round, it would behoove them to look at some defensive prospects in the second – particularly in the secondary, where they need reinforcements badly.

The draft will be a good way for the Jets to add some weapons to their secondary. With the 17th pick in the second round (49th overall) the Jets are at the tail end of the round, but there should still be some talented defensive backs available.

Utah cornerback Keith McGill would be a good pickup for the Jets. The 6-3, 211 pound senior battled some injury throughout his career at Utah, but had a tremendous final season at Utah. McGill has the length and athleticism to put maximum pressure on receivers and the quarterback. If he can stay healthy, McGill could be a nice addition for the Jets.

Phillip Gaines from Rice is another potential option for the Jets. While he’s projected to go early in the second round, the Jets would be wise to take him if he fell to the latter end of the round. Gaines had a good senior season, ending with 72 total tackles and four interceptions.

Gaines also holds his school’s record for career passes defended with 42. He’s a solid size at 193 pounds and around 6-0. His best asset is probably his footwork and ability to change direction very quickly.

A more under the radar corner is Nebraska’s Stanley Jean-Baptiste who finished last season with four interceptions and 39 total tackles. His length combined with strong hands makes him a tough one-on-one player for receivers to deal with.

Any of these corners would be a nice fit to help the Jets rebuild their secondary, but the team could also look at some strong safety options.

While this draft isn’t stacked at the safety position, there are some good players available. The top safety in this draft is Jimmie Ward out of Northern Illinois, projected to go in the second round.

Ward ended the season with six interceptions and a superb 89 tackles, with three double digit tackle games. His height is his biggest disadvantage at 5-11, and could possibly move him to the cornerback position, but his talent at safety is unmatched in this year’s draft.

Washington State’s Deone Bucannon is the second-ranked safety in the draft. The senior had six interceptions, 109 total tackles and three forced fumbles in 2014, and he and Ward are the two best options in this draft at the safety position.

Considering the possiblities, the Jets would likely be better off taking a cornerback to build their secondary around.

Looking at this draft, there isn’t an elite group of cornerbacks or safeties, but the Jets need to roll the dice on one of these guys.

The Jets have a serious need in their secondary. All these players have potential, and there’s always the possibility of finding a diamond in the rough.