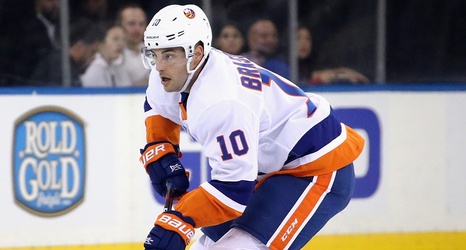 Derick Brassard scored for New York, which lost in regulation for the first time in six games. Semyon Varlamov stopped 27 shots for the Islanders.