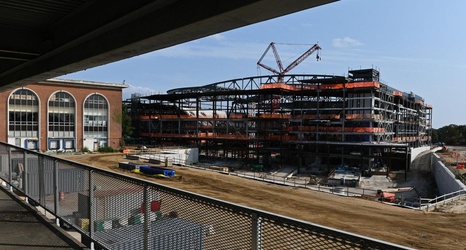 The e-mails to Islanders’ season-ticket holders went out around midday on Wednesday, bringing the organization one step closer to occupying the under-construction UBS Arena at Belmont Park.

The process of seat selection and season-ticket sales for the new building, not slated to open until the 2021-22 season, is underway.

"It’s a big step in our road toward the new arena," Islanders senior vice president of sales Mike Cosentino told Newsday shortly before the e-mails were sent.

Each season-ticket holder received an e-mail detailing price points, an appointment with one of the 10 service representatives handling seat selection and a link for a virtual tour of the building to see the view from every seat.