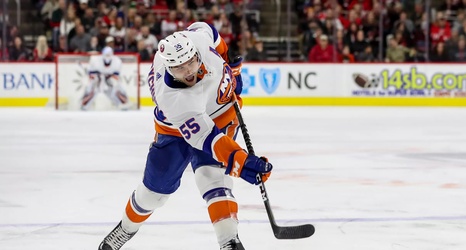 The Islanders announced today the sudden end of Johnny Boychuk’s hockey career, citing the eye injury he sustained this past season and the chronic vision problems he experienced afterwards.

The news was a shock, to say the least. Boychuk was cut in the eye by the skate of Montreal’s Artturi Lehkonen during a game in March, and required 90 stitches. After the NHL’s months-long pandemic pause, Boychuk was able to return for the Islanders’ play-in round against the Panthers in the summer. He took a high hit in the Florida series’s first game and missed the majority of the team’s march to the Eastern Conference Finals, returning for two games of that series against the Lightning.