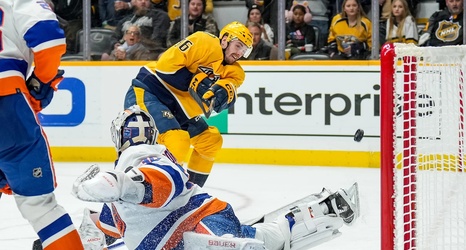 If you were among those hoping the Islanders would finally put a full, game-length effort together in Nashville, your hopes mean nothing to this crew.

The Islanders lost 5-4 to the Predators, in a game where they somehow continued to hang on despite not putting together an effort worthy of the close margin.

While trailing and generally being outplayed, the Islanders also consistently conjured moments where they looked like they’d threaten to come back in the game. That included hitting five posts overall: Brock Nelson hit two, while Mathew Barzal, Scott Mayfield and Kyle Palmieri hit one each, but it would be wrong to blame this loss on poor luck.