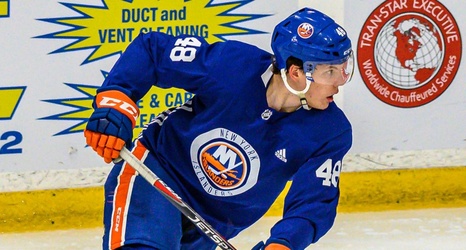 PHILADELPHIA —The fifth time was a charm for Otto Koivula, who finally made his NHL debut for the Islanders on Saturday night against the Flyers.

The 21-year-old Finn is on his fifth call-up from the Islanders’ AHL affiliate in Bridgeport since Oct. 30. He centered the fourth line with burly Ross Johnston and Michael Dal Colle on his wings.

For most of Koivula’s call-ups, the injury-depleted Islanders needed an extra body just in case another player got hurt on game day.