Oliver Wahlstrom available for Islanders, but Barry Trotz will stick with Travis Zajac — for now 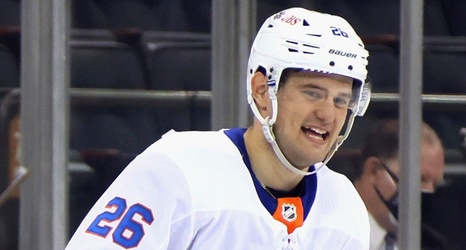 TAMPA, Fla. — Rookie Oliver Wahlstrom is available to play "if necessary" but Islanders coach Barry Trotz sees no reason to alter his lineup for Tuesday night’s Game 2 of their NHL semifinal series against the Lightning.

Wahlstrom participated in the Islanders’ pregame warmups before their 2-1 win in Sunday afternoon’s Game 1 at Amalie Arena. It marked the first time he was available to play since suffering a lower-body injury in Game 5 of the Islanders’ first-round series against the Penguins.

Travis Zajac, acquired from the Devils on April 7, has taken Wahlstrom’s spot in the lineup and settled into an effective role on Jean-Gabriel Pageau’s right wing along with fellow former Devil Kyle Palmieri.