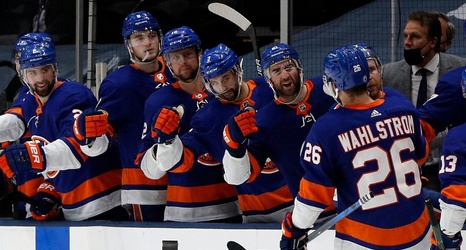 Barry Trotz spent Friday weighing the pros and cons of altering the Islanders’ lineup for Saturday night’s crucial Game 4 of their NHL semifinal series against the Lightning at Nassau Coliseum.

The coach acknowledged that rookie sharpshooter Oliver Wahlstrom was an option to be re-inserted after suffering a lower-body injury in Game 5 of the first-round series against the Penguins.

At the same time, Trotz conceded "this group is used to not a lot of change so when I throw some of those wrenches in, they sometimes go into a little bit of a spin cycle."

It’s a delicate but vital decision for Trotz with the Lightning taking a 2-1 series lead with their 2-1 win in Thursday night’s Game 3 at the Coliseum.