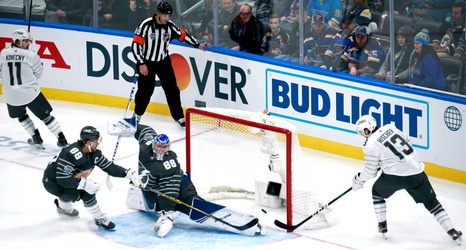 ST. LOUIS — It was a quick exit for the Metropolitan Division, as they lost to the Atlantic, 9-5, in the first round of the 3-on-3 All-Star Game on Saturday night. So the Rangers’ Chris Kreider, the Islanders’ Mathew Barzal and the Devils’ Nico Hischier, all called it a weekend before the Atlantic lost to the Pacific, 5-4, to take the $1 million winner’s prize.

“You go out there, you’re going at a decent clip, and you’re trying to win — there’s some money on the line,” said Barzal, who finished with two assists.