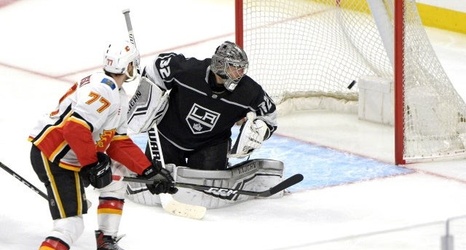 Josh Cooper of The Athletic: The numbers improved slightly this season but Jonathan Quick remains trade bait. Will he get traded come the trade deadline? Players like Marc-Andre Fleury posting similar 5-on-5 numbers helps the chances a little. However, does it move the needle enough?

Quick competes hard but “father time” has caused him to regress. How much remains to be seen? On the other hand, the Los Angeles goalie is not the same as he once was. So, while he has some trade value, most teams want the Kings to eat half his salary.