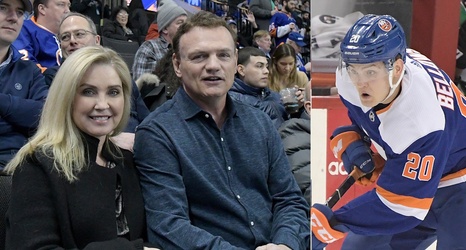 Brian and Tracy Bellows scampered to their seats a full hour before their son, Kieffer, took the ice Tuesday night with the Islanders for his NHL debut.

Their daughter, Brianna, FaceTimed with her parents just as they began taking photos and videos at Barclays Center. It was important. She needed the family’s login information so she could stream her brother’s first NHL game to the entire Alpha Chi Omega sorority house at the University of Nebraska.

But nothing could tear Brian Bellows’ attention from the ice. The elder Bellows, who was the second-overall pick by the Minnesota North Stars in the 1982 NHL, was waiting for his son’s “rookie lap,” a tradition in which players appearing in their first NHL game take a solo lap around the ice during warmups.