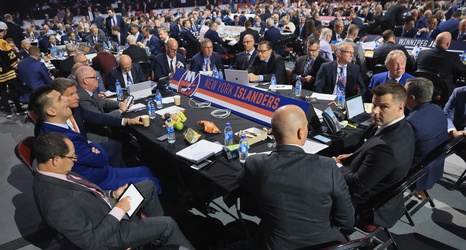 The New York Islanders stayed in the CHL with their final two picks in the 2022 NHL Draft, selecting Windsor (OHL) right wing Matthew Maggio in the 5th round at 142nd overall and Kamloops (WHL) left wing Daylan Kuefler in the 6th round at 174th overall.

Maggio was in his second year of draft eligibility, having been passed over and left off Central Scouting’s list last year until its final pre-draft ranking. He had something of a breakout season (38 goals, 85 points) in 2021-22 that brought him back on to scouts’ radars.

The 5’11 wing knew not to take anything for granted coming into this weekend.