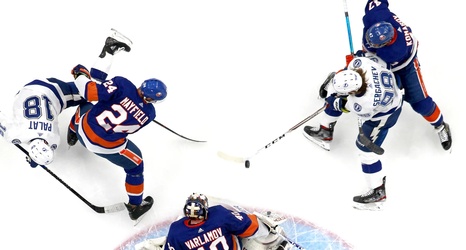 With the conclusion of the second round after the Vegas Golden Knights defeated the Colorado Avalanche, the NHL announced the schedule for the Stanley Cup semifinals.

For the New York Islanders’ return engagement with the Tampa Bay Lightning, things kick off on Sunday at 3 p.m. EDT with a U.S. broadcast on NBC, but the rest of the series is every other day at 8 p.m.