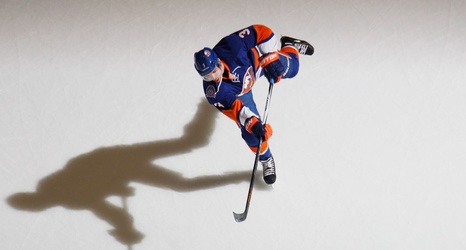 Three seasons ago, the New York Islanders traded defenseman Travis Hamonic to the Calgary Flames. The defenseman had been with the Islanders since they drafted him 53rd overall in the 2008 draft.

Over those nine years, Travis Hamonic became a fan favorite for his hard work on the ice, his no-nonsense approach to the game, and his involvement in the community. Seeing Hamonic go was tough.

In return for losing a bonafide top-four defenseman, the Islanders received three draft picks from the Flames. The Islanders have used all three picks to draft exceptional players.