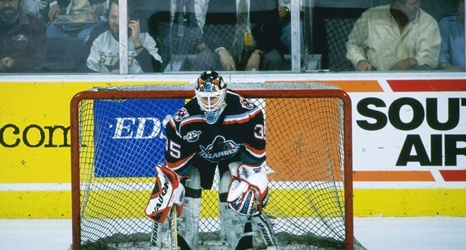 In the dog days of August let’s throw it back to August 1997 when then New York Islanders General Manager, Mike Milbury, verbally attacked Tommy Salo in an arbitration meeting. It was 22 years ago yesterday when this infamous event happened.

First, arbitration is one of the worst things to go through in sports. It’s actually terrible for both sides. The team has to list all the reasons why the player isn’t worth the money they’re asking for while also hoping to get them to sign for them at the end of it.

The player, in turn, has to listen to all the critics and then in the end sign with this team.