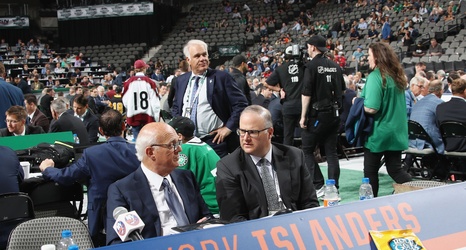 The 2019 New York Islanders, had five swings in the NHL Draft. They had a first, second, fifth, sixth, and seventh. Thanks to some previous trades, the Isles were missing a couple of picks but Lou Lamoriello attempted to make the most of it.

In the fifth round, the Isles decided to go with Reece Newkirk out of the WHL. The 18-year old put up 59 points (23 goals, 36 assists) in 68 games with the Winterhawks last year, landing himself on the Islanders radar.

He can score, but he’s more described as a playmaker and someone who can set other people around him up.