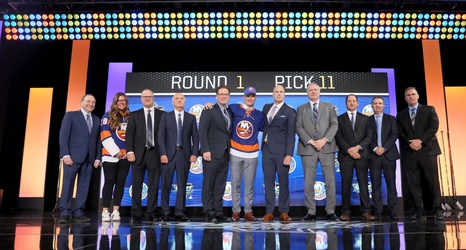 New York Islanders GM Lou Lamoriello seems to have a plan for the 2019-20 season; its to trust the system. If a gap in the roster needs to be filled the system should fill it.

With the number of quality prospects in the Islanders system, it’s not a terrible plan. Just last season, the New York Islanders were seen as having the fifth-best farm system by The Athletic’s Cory Pronman (subscription required).

Even with Devon Toews jumping to the NHL, that ranking shouldn’t change much. Elite-Prospects just ranked the Isles system as the seventh-best in the NHL.