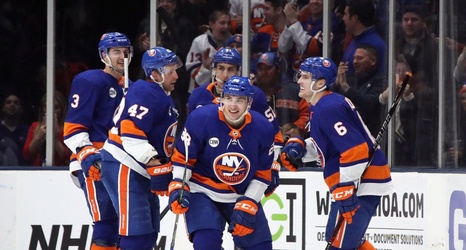 We knew that the New York Islanders had essentially signed two of their restricted free agents to new deals. Lou said as much to Newsday earlier in the week.

We just didn’t know who those RFAs were. On Monday, we found out that Michael Dal Colle signed a two-year deal, while Josh Ho-Sang signed the qualifying offer the Islanders tendered to him at the end of the season.

Matt and I discuss what we think about both deals over on our Patreon page. You can get this exclusive New York Islanders podcast – and a ton of other exclusive Islanders content – here!