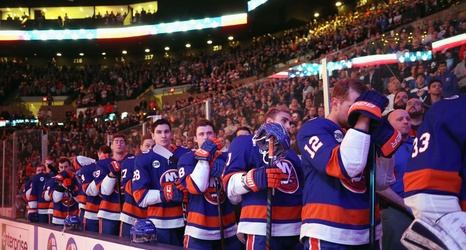 Last year, the New York Islanders brought back an alternate jersey into the rotation. It’s an okay look. The blue is slightly different with just the NY crest in the middle, white shoulder pads, and orange numbers.

It’s the best alternate jerseys they’ve had since they brought back the “original” jerseys as the alternate but it isn’t the best that they could come with.

Actually, KP8 Design came up with concepts for all 31 teams in the league and the Islanders one looks fantastic.

The idea behind it was inspired by MLB’s players weekend where each team gets a special jersey and nicknames could be stitched onto the back instead of last names.