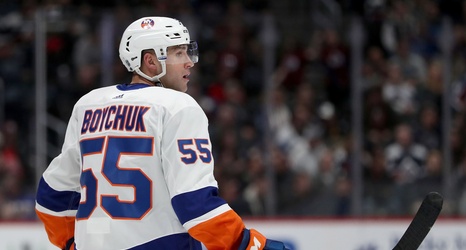 It’s been a rough week for the New York Islanders. Just a couple of days ago, Robin Lehner’s Masterton Trophy came in with the wrong team inscribed on it. Now, even the NHL Twitter account is screwing up.

@NHL tweeted out a video of Mike Green and Jordan Eberle skating. There was only one problem, they thought it was Johnny Boychuk. Boychuk jumped in on the tweet with a good sense of humor about the situation.

Not only did they think Jordan Eberle was Johnny Boychuk, they also spelled his last name “Boychuck”.