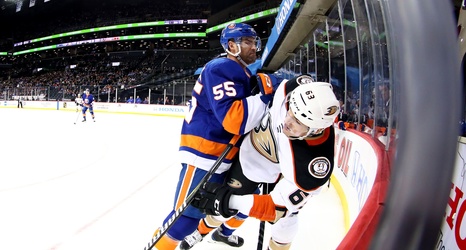 Things haven’t gone according to plan for New York Islanders forward Michael Dal Colle. After being drafted fifth overall in 2014, the Woodbridge Ontario native has had a hard time getting to the NHL.

It’s been five years since the New York Islanders took him in the first round over players like William Nylander (seventh overall), Dylan Larkin (15th overall), or David Pasternak (25th overall). And since, Dal Colle has only featured in 32 NHL games. Only Colorado’s Connor Bleackley (23rd overall) has fewer NHL games with zero.

It’s certainly not where we all thought Dal Colle would be five years after being drafted after an impressive 316 points in 246 games at the junior level.