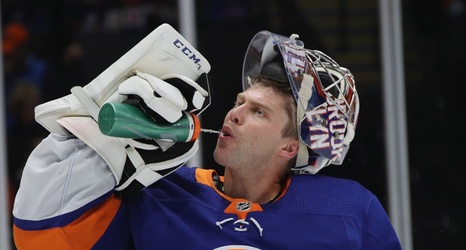 People overreact on twitter, (I know what am I going to say next that the sun came up today?) and the overreaction to Semyon Varlamov’s first two starts with the New York Islanders has been peak twitter.

Varlamov is on a short leash to fans, to begin with, because he’s replacing a fan favorite, Robin Lehner. Yes, I would’ve preferred Lehner as well but Varlamov is a fine NHL goalie and basing your decision on his contract on two games is just wild.

He has an .872 save percentage and a 4.11 goals against average after two starts, on paper it looks bad but there’s more to the story.