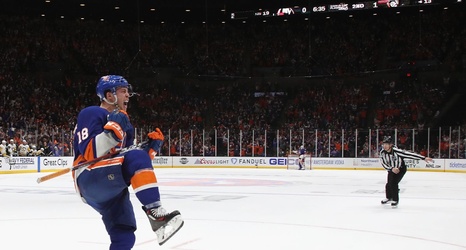 It’s been a while since we’ve heard from New York Islanders GM Lou Lamoriello. But yesterday he spoke Newsday about a number of things. From the news regarding Belmont, to lines, and even where he’s at with some of the Islanders three RFAs.

At the moment the New York Islanders have three RFAs without a contract. Anthony Beauvillier, Michael Dal Colle, and Josh Ho-Sang.

Neither is expected to break the bank anywhere near some of the other unsigned RFAs around the NHL. But their next deal might reveal how the organization feels about each player.