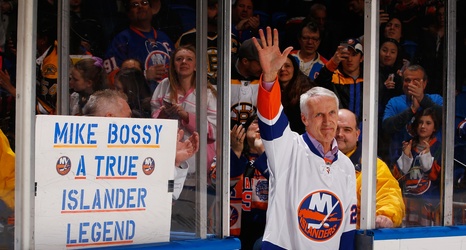 NBC Sports fired off a tweet yesterday asking if the New York Islanders lineup of Clark Gillies, Brian Trottier, Mike Bossy, Denis Potvin, Ken Morrow, and Billy Smith is the best lineup they ever put out.

Without question, this is the best lineup the Islanders ever put out. That’s why they won four Stanley Cups in a row and went to a fifth.

Clark Gillies on the left side was an absolute stud. He slowed down after the 1982 season but in the first three years of the Islanders winning Stanley Cups he put up 54, 78, and 77 points.