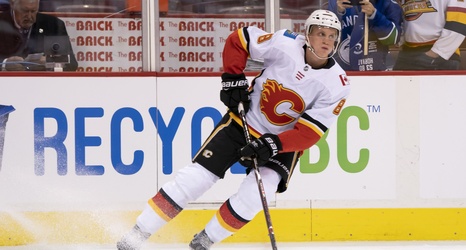 Calgary Flames defenseman Juuso Valimaki tore his ACL during pre-season training. He’s now out indefinitely. The New York Islanders have extra defensemen that they could trade away. With seven defensemen already on contracts and Noah Dobson looking for a spot on the roster, the Islanders could have a surplus going into 2019-20.

With the Flames indicating they’ll be looking for a replacement the New York Islanders should be perfect trade partners for the Calgary Flames. Except when you look at who the Islanders could move.

Guys like Nick Leddy and Thomas Hickey have longer-term deals that extend beyond the period that Calgary is looking to fill.