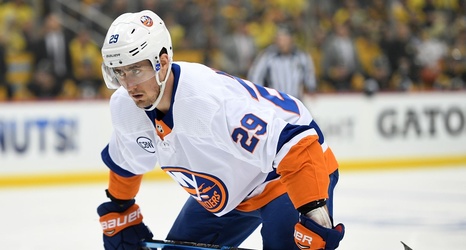 Last year, as an RFA, the New York Islanders gave Brock Nelson a one-year $4.25 million prove-it deal coming off a 35 point season. Boy did he make Lou Lamoriello look smart with a career year in 2018-2019.

There was no guarantee that Nelson was part of the future plans but he made that very clear early on last season. Brock starts every year strong, hence the nickname Brocktober. Usually, he cools off as it gets to November and the winter months. Not last year.