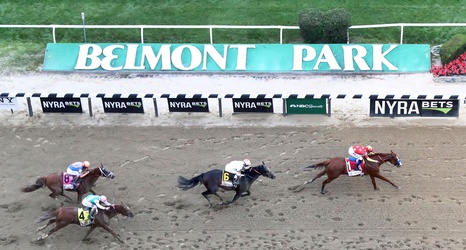 After a nearly two year process, the New York Islanders received their final approval from the Franchise Oversight Board for their Belmont Park project. The next step for the Islanders is to finalize a lease.

After a lease is agreed upon and the permits to work are gotten they are able to start. According to Horse Race Insider, the Islanders will break ground on Thursday. Yes, tomorrow the entire process can get started.

One fan was outside Belmont Park yesterday and got a video of his own. Things were happening as early as Tuesday:

The project is still on track for the 2021-2022 season which means the team will play the next two years as a split between Barclays and Nassau Coliseum before their new arena will be complete.