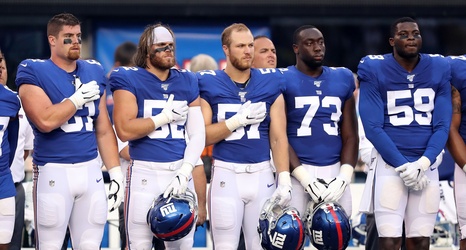 With New York Islanders hockey still another two months out, I’ve been forced to get my sports fill from other outlets. I’ve been enjoying the Mets run the last two weeks and yesterday I took in some Giants vs Jets preseason football action.

During the game, the Giants fifth-round pick, Ryan Connelly kept making plays all night. I didn’t realize this until they mentioned it on the broadcast but Ryan Connelly is a cousin of Anders Lee.

Both Connelly and Lee were born in Minnesota and had roots in football during their youth.